Cookies Use
Our site uses cookies. If you don't agree to this, you can learn how to change your cookies settings. Read more about cookies here. Further use of this site will be considered consent. 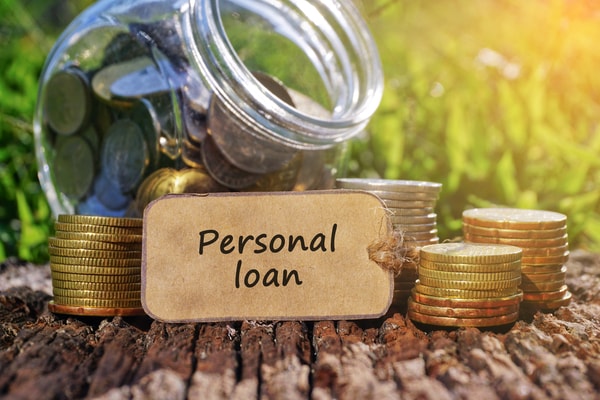 Personal loans are the fastest growing form of consumer credit in the United States and they’re about to become even more popular.

That’s because the Federal Reserve is about to cut its benchmark interest rate for the first time in a decade at the end of July. As of this writing, markets were pricing in a 78.6% probability of a quarter-point rate cut, or 0.25%, in July, according to CME Group’s FedWatch tool. There was a 21.4% probability of a half-point rate cut.

The average interest rate on 24-month unsecured personal loans issued by commercial banks hit 10.63% in May 2019, according to the Federal Reserve Bank of St. Louis. This was a jump of just over 1 percentage point from the all-time low of 9.45% in November 2016, but way below the 12%-plus mark that was a permanent fixture of personal loans from 1972, when records began, to 2002. Save for an 18-month spell in 2006-7, personal loan rates have remained below the 12% mark ever since.

It should be noted that the above data was sourced from commercial banks and excluded FinTech companies, now the largest type of lender in the personal loans space. Experian, 1 of the 3 credit agencies, compiled its own research in the fourth quarter of 2018 and concluded that the average personal loan rate was 9.37%—slightly lower than the Federal Reserve Bank of St. Louis assessment.

Whichever way one looks at it, personal loan rates have always correlated closely with the federal funds rate throughout the last half-century, and with good reason: when the Fed cuts rates, lenders follow suit. Borrowing rates fell consistently in the years after the 2008 financial crisis—when the Fed brought its target rate down to near-zero—and only began increasing in the past 2-and-a-half years after the Fed started lifting its rate. With the Fed expected to cut rates at least 3 times by early-2020, personal loan rates will fall in tandem.

The reason for the correlation is as follows. Like mortgage lenders and credit card providers, most personal loan lenders tie their rates to the prime rate—the average of what 10 major American banks charge low-risk corporate customers. Each bank sets its own prime rate on a daily basis, but the average is consistently 3 percentage points above the target funds rate. For example, in mid-July 2019, the target funds rate was 2.50% and prime was 5.50%.

Personal loans have been easily the fastest-growing type of consumer credit in the last 5 years—outstripping mortgages, credit cards, auto loans, and other categories—with no slowdown even as rates rose between 2017 and the first half of 2019. With rates about to fall, there’s a high likelihood personal loans will experience a further surge in popularity.

TransUnion, another of the big 3 credit bureaus, reported in its Q1 2019 Industry Insights Report that US personal loan balances grew 19.2% year-over-year to a record $143 billion. Total balances have nearly doubled since 2015, when the figure was $72 billion—with growth across all risk tiers, from borrowers with sub-620 credit, to borrowers with near-perfect 781-820 credit. As of March 2019, a record 19.3 million Americans had an unsecured personal loan.

The TransUnion report sheds light on 2 particularly interesting developments. Fintech lenders like SoFi and Marcus increased their share of personal loans balances to 38% in Q1 2019, compared to 6% as recently as 2014. As a result, banks and credit unions have lost market share.

How to Secure the Best Unsecured Personal Loan as Rates Fall

As this article demonstrates, personal loan rates don't stand still for long. It's hard to say for certain how much it will cost to take a personal loan in 6 months or a year, but the evidence suggests it will be cheaper than now.

The following are a few tips on how to take advantage of falling personal loan rates.

Take a small loan now. Lenders are willing to offer 5-figure sums but that doesn’t mean you have to accept. If you’re planning to spend your personal loan funds gradually, you might want to consider taking a small loan now and applying for an additional loan in a few months when rates are lower. If you suffer from poor credit, taking a small loan is also a good way of building up your score and boosting your borrower profile. That’s because payment history is the number one factor the credit bureaus take into account when calculating a person’s credit score. Note that if you have multiple credit accounts open, you should pay these off before applying. That’s because over-extending your credit can have adverse effects on your credit score.

Build your credit. Speaking of building up your credit score, a bit of planning now can pay off a few months down the track. Small things like making monthly payments on open credit accounts (such as mortgages or credit cards) by the due date or paying off outstanding balances can have a quick effect. Another thing we recommend doing is to request a credit statement from each of the credit bureaus. Every American is entitled to free access to their credit report once every 12 months. If you see any errors, you can let the relevant credit bureau know so that they can strike it from the record. The better your credit score, the lower the rates you could potentially qualify for. This is a big deal, because even a 1-point or 2-point reduction in APR can translate to hundreds or even thousands of dollars less in interest payments over the duration of your personal loan term.

Shop around. With any lending product, the golden rule is to compare. Doing a comparison shop of 3-5 lenders is the best way of seeing what rates are available right now and what rates lenders are willing to offer you.

ByNadav ShemerFeb. 25, 2020
Nadav Shemer specializes in business, tech, and energy, with a background in financial journalism, hi-tech and startups. He enjoys writing about the latest innovations in financial services and products.
Advertising Disclosure

This site is a free online resource that strives to offer helpful content and comparison features to its visitors. Please be advised that the operator of this site accepts advertising compensation from companies that appear on the site, and such compensation impacts the location and order in which the companies (and/or their products) are presented, and in some cases may also impact the rating that is assigned to them. To the extent that ratings appear on this site, such rating is determined by our subjective opinion and based on a methodology that aggregates our analysis of brand market share and reputation, each brand's conversion rates, compensation paid to us and general consumer interest. Company listings on this page DO NOT imply endorsement. We do not feature all providers on the market. Except as expressly set forth in our Terms of Use, all representations and warranties regarding the information presented on this page are disclaimed. The information, including pricing, which appears on this site is subject to change at any time.

These are the Top 3 Personal Loans for Debt Consolidation Loans

A Guide to Finding a Personal Loan with a Cosigner

These are the Top 3 Personal Loans for Debt Consolidation Loans

A Guide to Finding a Personal Loan with a Cosigner